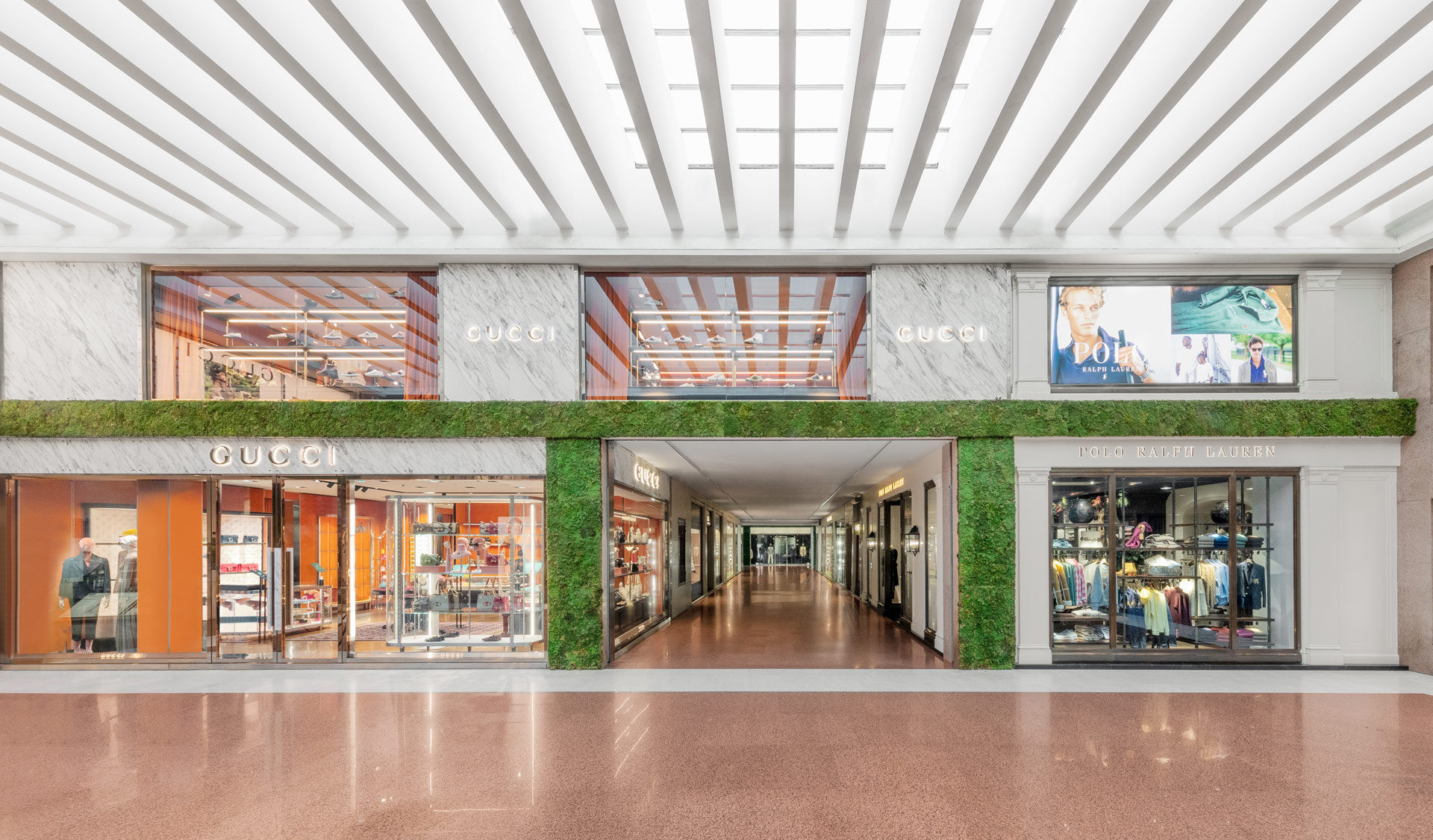 Galleria Cavour is the history of fashion in Bologna, the place where brands that represent the avant-guard for style and innovation have always crossed paths. 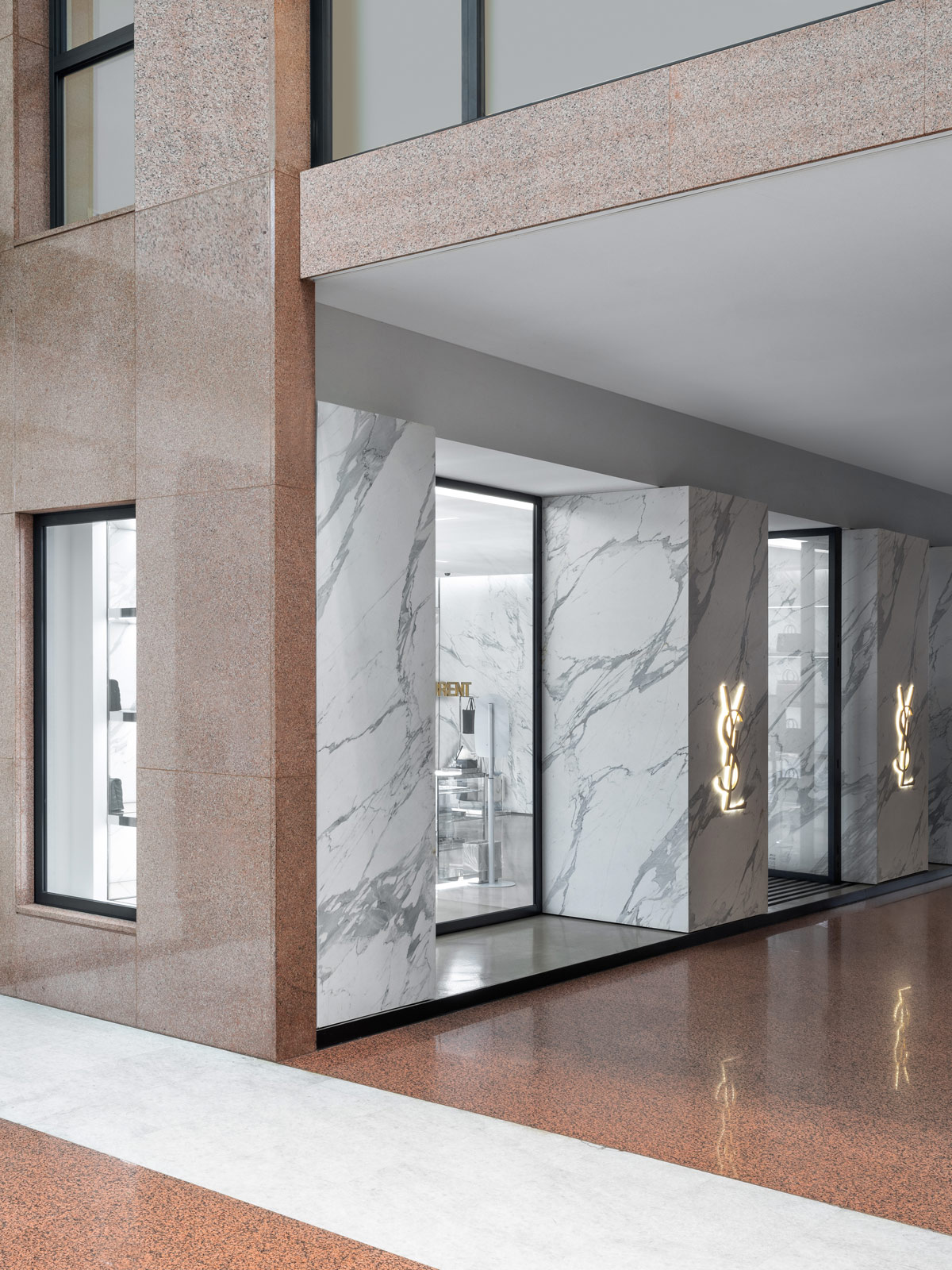 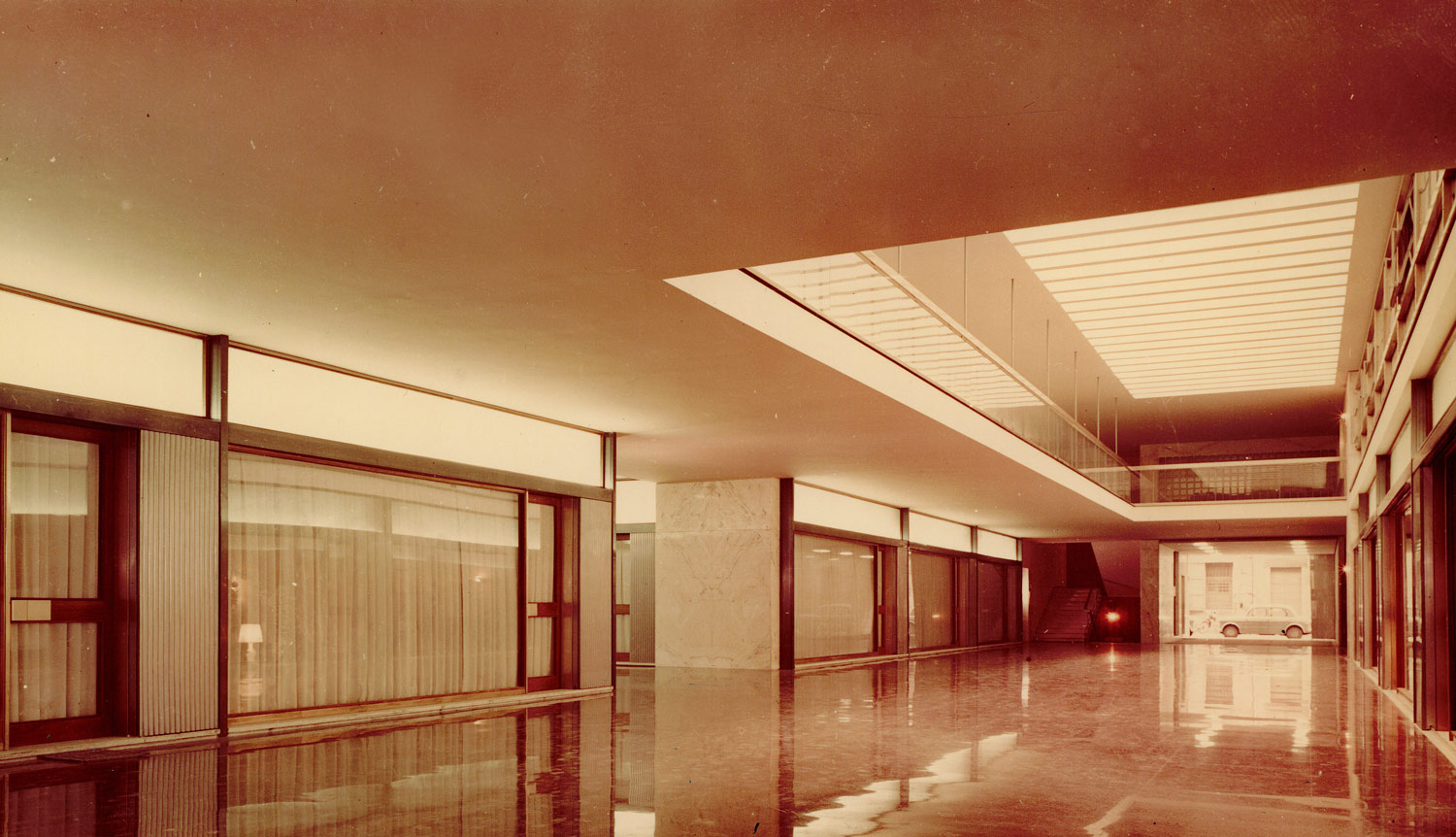 Galleria Cavour was founded from a town planning intuition of the engineer Giorgio Pizzighini.

Brilliance, sustainability and innovation transform a scar from the second world war (caused by bombing right in that area) into revolutionary work. The building begins from the rationalist nucleus of via de’ Foscherari, whose façade is the manifesto of the Gallery.

The first and the second plot present an architecture that is in stark separation with the medieval urban planning of the area. The third, attested to on the Archiginnasio, is more harmonious and lays the base for the subsequent stretch of the Galleria toward via Farina. 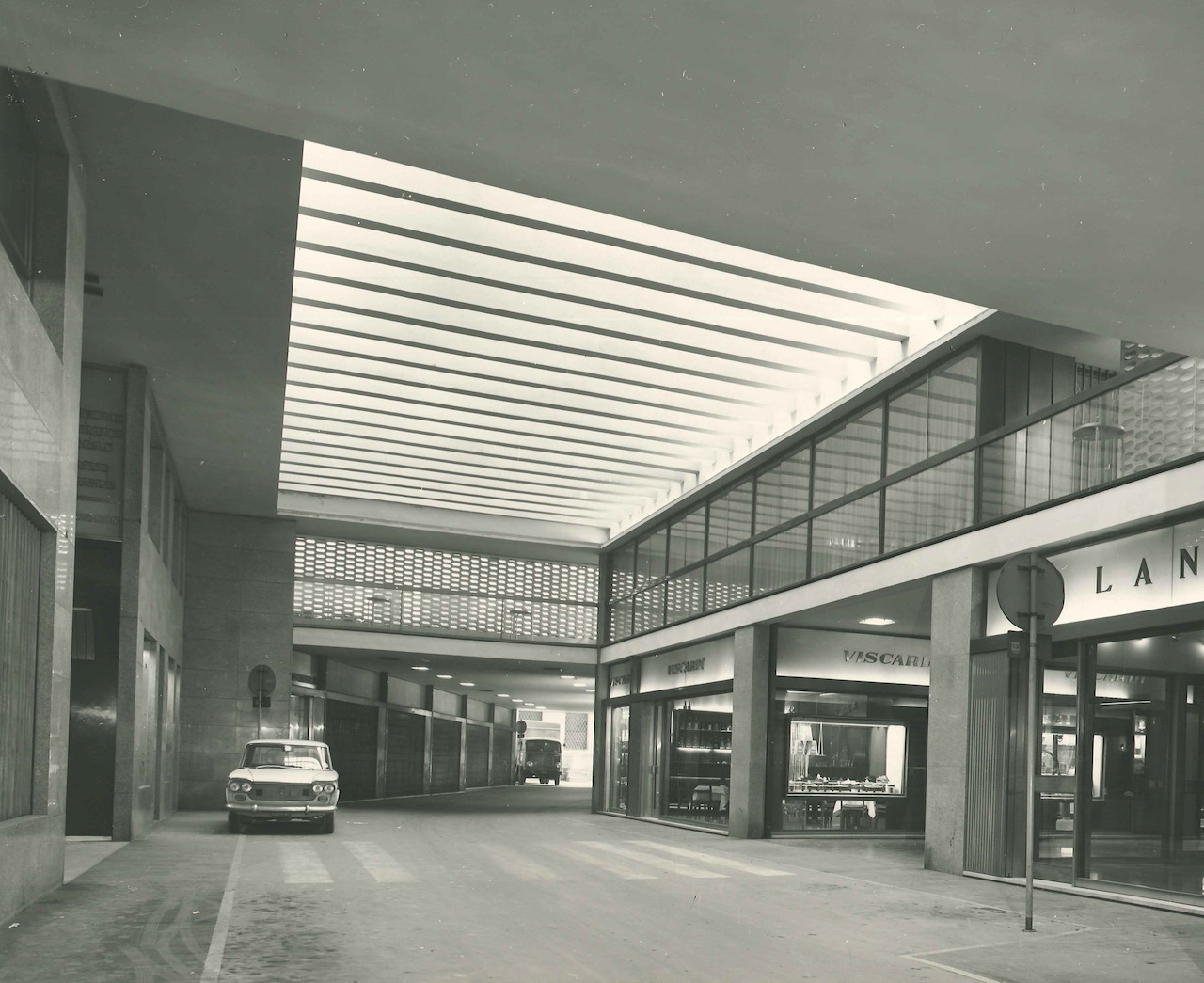 The visionary objective consists in connecting the four historical squares (Maggiore, Galvani, Cavour and Minghetti) in a covered pedestrian area to make the centre more liveable, leverage the loggias of the Pavaglione and give greater relief to the intense cultural, artistic, commercial and group spirit of the most vital area in Bologna.

The year was 1959. And Galleria Cavour was born.

THE FIRST BUSINESSES
IN THE GALLERY 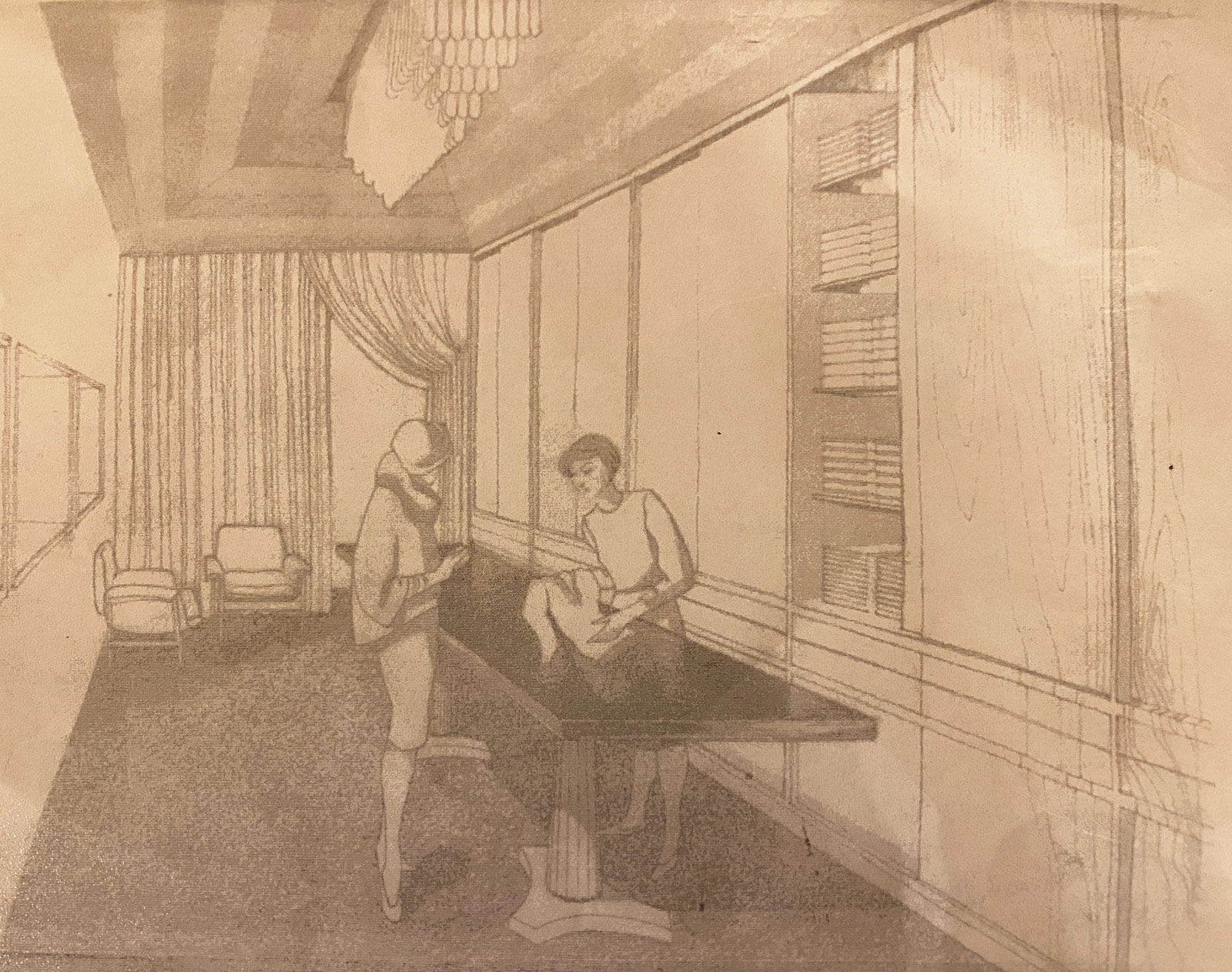 Pizzighini also did the internal design of some of the first shops, paying attention to every detail, from the made-to-measure crystal chandeliers to the spiral staircase of the Caffè Viscardi.

Among the first multibrands of the city was the Bang Bang boutique which, after its success in Bologna, also opened in Cortina d’Ampezzo. The secret of its success was the passion-filled research of the two founders, Vittoria and Carlina Cappelli, who brought iconic garments and latest fashions from London and Paris, discovering new talents in Italy and abroad who then became the focal points of fashion in future years.

High fashion was represented by Elda dall’Oca’s Papillon, which was a point of reference for a loyal clientele, ever present at the highly elegant catwalks. Among the legends of the epoch was also Charme, by Paola Pavirani, the boutique that catalysed objects of female desire all over Italy into items of exclusive lingerie, hand made by genuine masters.

The Galleria de’ Foscherari is the symbol of what contemporary art has been in Bologna. Among the artists that, since 1962, have gravitated around it, making it an important cultural attraction point can be listed: Mario Ceroli, Pirro Cuniberti, Germano Sartelli, Mario Schifano, Claudio Parmiggiani, Piero Manai and Concetto Pozzati. From the celebration of the Arte Povera movement, with the exhibition of 1969 curated by Germano Celant, these arrived at the irresistible attraction for pop-art in the years in which Mauro Schifano unleashed his nocturnal creative inspiration in the exhibition space in the gallery.

In 1976, the first monobrand shop, Cartier, opened in the Galleria, with a grand event that took up the front pages of Vogue.

An iconic location in Bologna since the post-war period and an essential stop to encounter the most authentic part of the city, the Caffè Viscardi has for years represented the salon of Bologna, with handmade pastries and chocolate produced in-house. 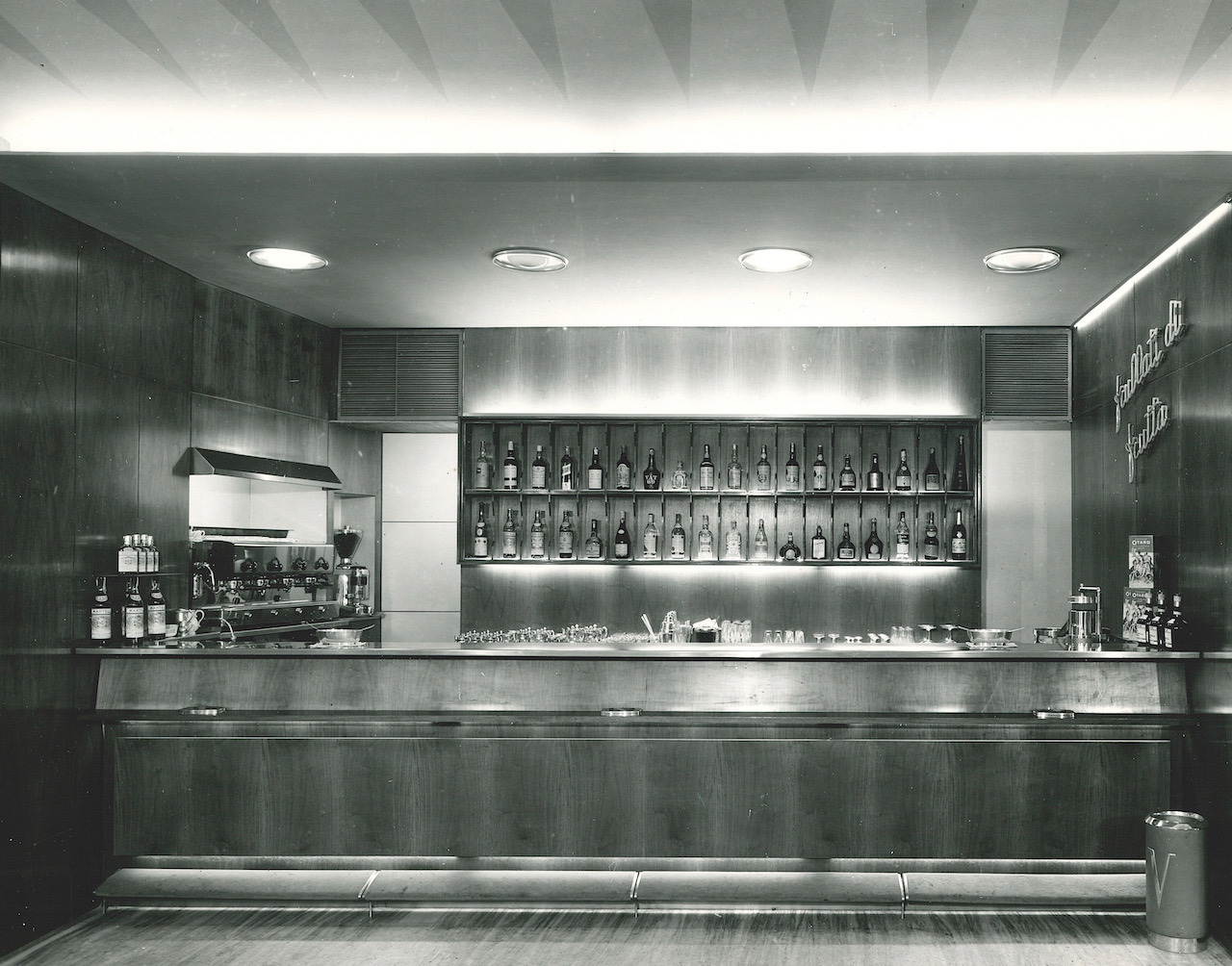 Not only that, but the Caffè has for years been the main meeting place in the city. Indeed, for years to come “Vediamoci da Viscardi in Galleria’” (“See you at Viscardi’s in the Gallery”) meant to make an appointment in this symbolic place of Bologna.

Located in the central junction of Galleria Cavour, it stood out for its spacious glass wall mezzanine, and Pizzighini’s unmistakable spiral staircase inspired by the Vignola staircase in Palazzo Boncompagni dating from the 1500s.

And of course there were the women that did shopping in the boutiques most in vogue, while young people fought for the parking spaces that showed off their cars in a Galleria Cavour that at the time was passable. 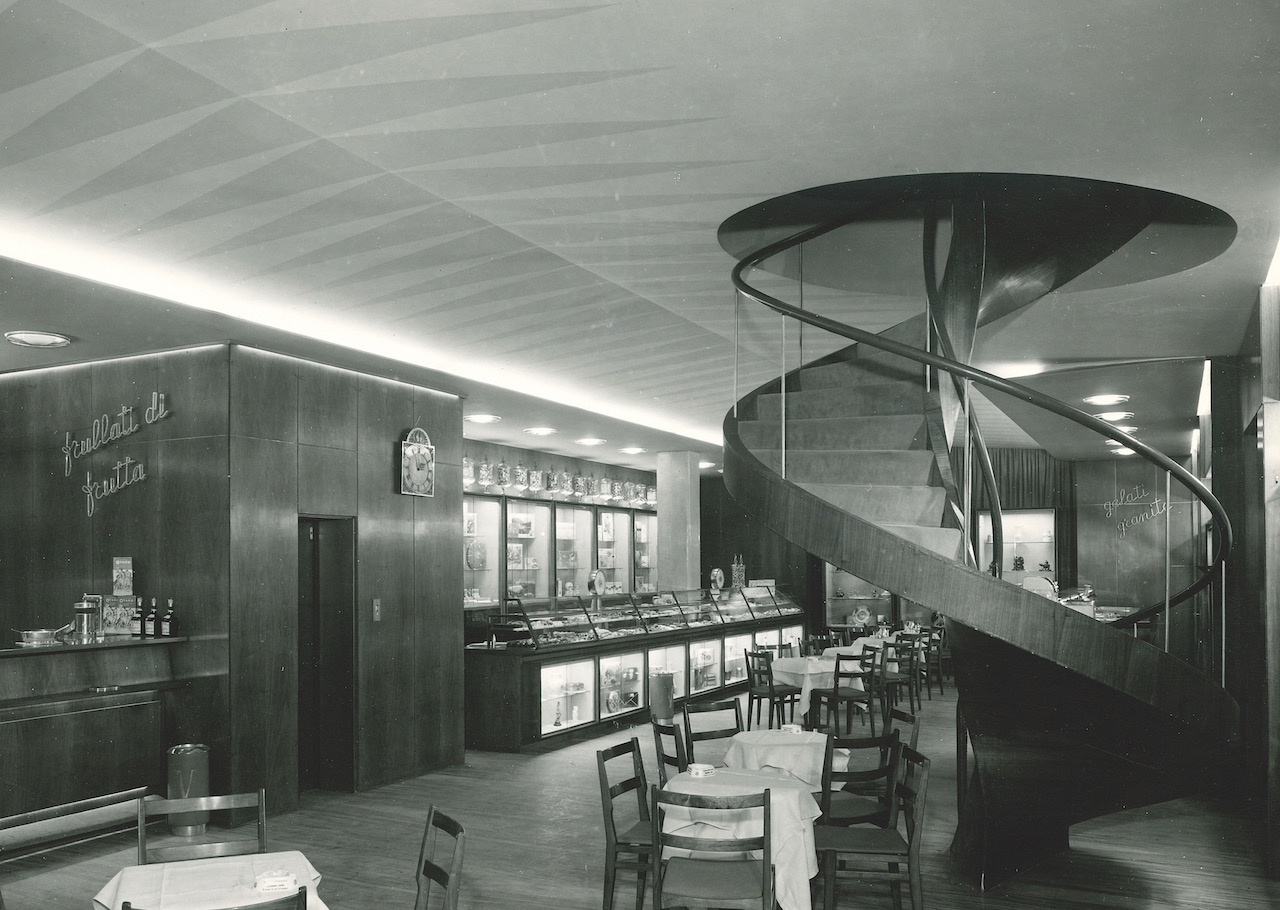 A HERITAGE
TO CULTIVATE
TOGETHER

When a place is founded from such a visionary project, one feels a profound respect for one’s past, one’s present and, above all, one’s future. 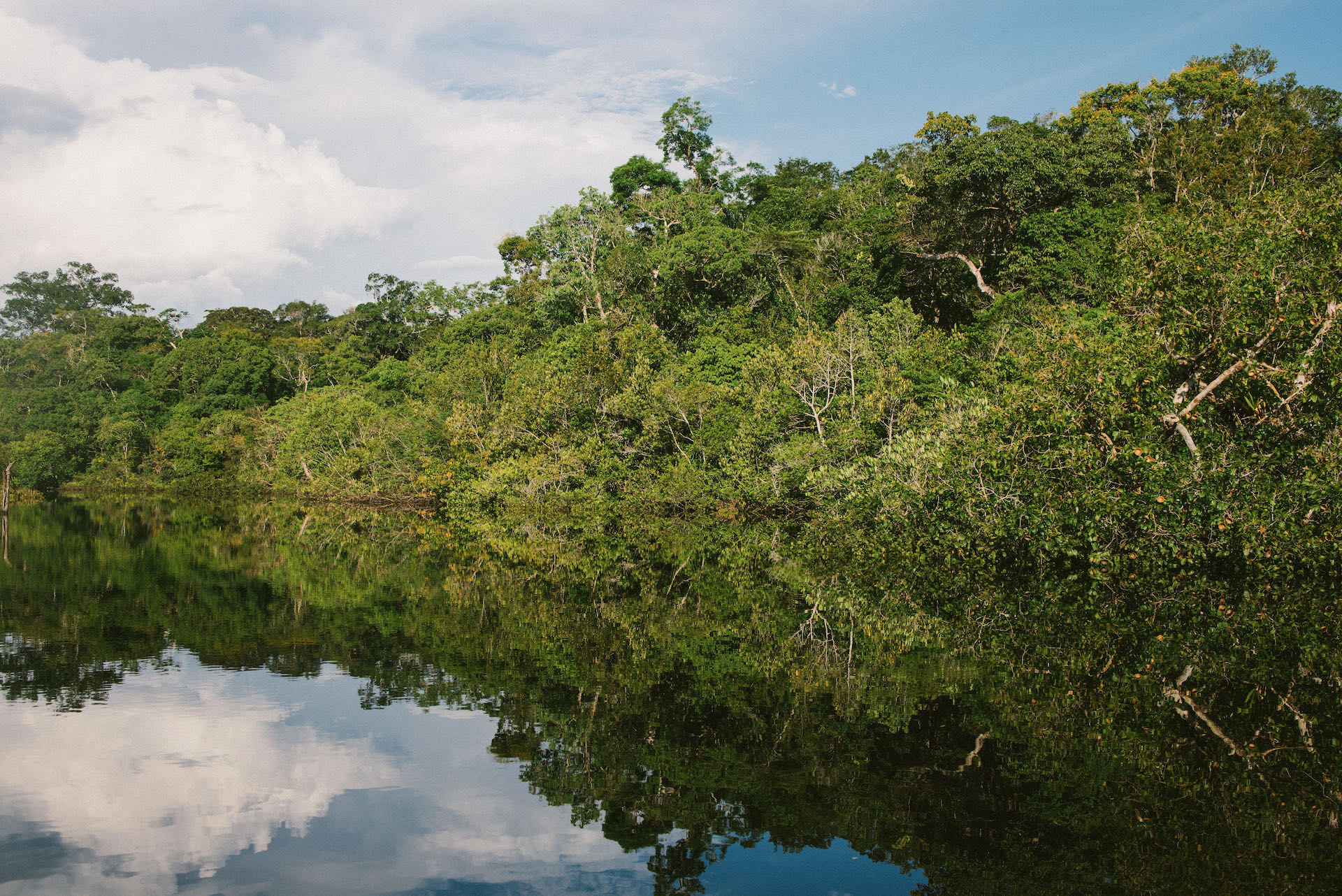 The rationalist building that gives life to Galleria Cavour was already born based on an ecological and futuristic vision for its epoch. From its conception, indeed, the project included floor heating with thermo panels and a roof garden in the heart of the building.

Galleria Cavour today chooses contrast to climate change as one of the main drivers for growth, following a Carbon Reduction Roadmap. The objective is to reduce drastically the CO2 emissions produced directly and indirectly, in particular making the heating and lighting systems more efficient.

Galleria Cavour is Carbon Neutral, in line with the SDGs (Sustainable Development Goals) of the Agenda 2030 of the United Nations and with the European New Green Deal.

Galleria Cavour compresses CO2 production to a minimum and offsets the inevitable emissions generated through Carbon Credits, certified and recognised by the UNFCCC (United Nations Framework Convention on Climate Change).

Galleria Cavour compresses CO2 production to a minimum and offsets the inevitable emissions generated through Carbon Credits, certified and recognised by the UNFCCC (United Nations Framework Convention on Climate Change) Carbon Credits derive from a project of reforestation, certified by Verra, the world standard leader for forest projects for the production of carbon credits, with headquarters in Washington.

The project is followed by ‘Carbon Credits Consulting’, an innovative Bolognese start-up specialising in consultancy services for organisations sensitive to environmental problems.

Environmental
Development, in a previously degraded area of a eucalyptus forest, the tree species with the maximum efficiency in the sequestration of CO2 for the zone. Restoration of the savana, the native vegetation, for about ¼ of the area with mosaic techniques to intersect two types of forest in several points, achieving a biological corridor for the wild animals.

Social
Creation of new qualified jobs for the local populations, who benefit from the project along with their families, thanks to an excellent salary, training and other benefits.

Biodiversity
Repopulation of wild animals in the forest with the protection and security of their natural habitat. At least seven species at risk have benefited from the programme: the puma, the leopard, the maned wolf, the giant anteater, the pampas deer, the aardvark, and the hyacinth macaw.